This year, the Hustle Con team decided to take things to the next level by hosting their very first East Coast conference on December 6, 2018 in Brooklyn, NY. With 800 hustlers in attendance and 11 thought-provoking sessions from non-technical founders, Hustle Con East was one of the best ways to end 2018 and get me and my business ready for 2019.

Had a blast. Learned a lot. Thanks for great day! #HustleConEast

Thanks to Intuit and their support of entrepreneurs, I was able to attend Hustle Con East where I learned from phenomenal speakers, and met some successful hustlers. Hustle Con did not disappoint, and although I learned a lot, here are the top 4 things I took away from the day.

1. Focus on the stuff that lights you up

Hustle Con kicked off with the session “ALIVE as SH*T” by Suzy Batiz, CEO of Poo-Pourri. If you haven’t heard of this viral sensation, Poo-Pourri is a natural solution to a very natural human problem. And it’s a HUGE success.

Suzy started her session by sharing stories of her life, which, like many of us, has not been easy. She even faced bankruptcy twice. But like a pro, she got herself together, dropped the things that were holding her back, and started to trust her own gut.

“You are worthy and you are powerful,” she continually reminded us throughout the presentation. Suzy used her intuition to build Poo-Pourri into the $300-million company that it is today.

Her advice to entrepreneurs is simple, focus on the ideas that light you up; the ones that continue to pop up over and over again. I love this advice because it’s very similar to advice I like giving aspiring entrepreneurs and my students which is to ‘scratch your own itch.’ When you’re building products and services that not only light you up, but also solve a problem that you have, it’ll make every aspect of the business better, faster, and more efficient. 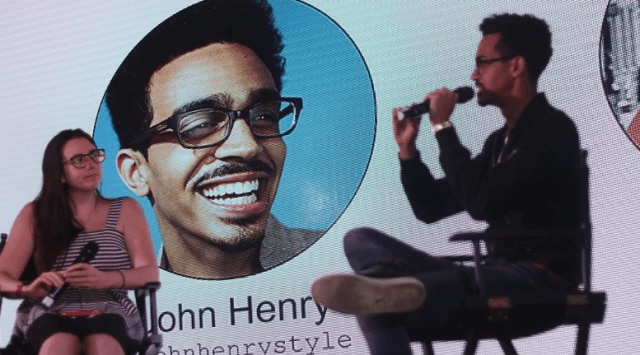 One of the common themes that came up a lot during this year’s conference is the importance of not taking everyone’s advice at face value. We all have different goals, experiences, and motivations, and there’s no way you can 100% replicate someone else’s path to success for yourself.

John Henry, entrepreneur and partner at Harlem Capital, went a little deeper by saying that he doesn’t follow the advice of entrepreneurs like Warren Buffett, Elon Musk, or Bill Gates. “They followed their own paths and I’m trying to follow mine.”

Instead, John believes you just need to get out there and put in the work. When asked about entrepreneurs he looks up to, John said “the person I look up to is myself in 20 years.” I can 100% stand behind that statement. In 2012, when I launched my first company, I had no idea what I was doing. Like any aspiring entrepreneur, I scoured the internet trying to learn as much as I could about building a successful business. After reading hundreds of articles, listicles, and business tips, I came to two conclusions. The first one is that although entrepreneurs like Warren Buffett, Bill Gates, and Steve Jobs have done a great job of paving the way for this generation, it’s very difficult for their advice to be relevant to the entrepreneur starting their business today. Secondly, younger entrepreneurs like Mark Zuckerberg, Evan Spiegel, and Jack Dorsey have seen a lot of success over the last few years but they’re still figuring things out themselves. The idea behind business has been the same ever since the very beginning but the landscape changes more and more everyday. There’s nothing wrong with learning from other entrepreneurs, just make sure at the end of the day, the decisions you make are based on your experiences and your instincts. 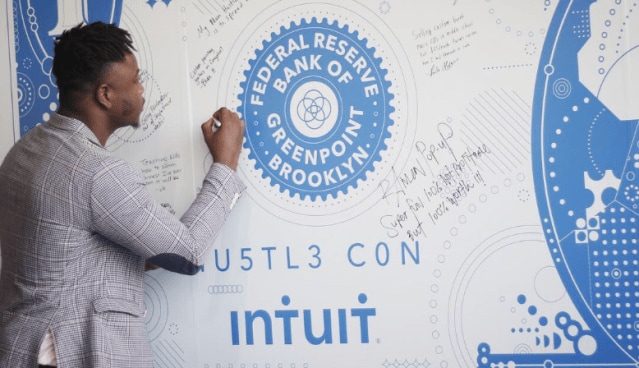 As an entrepreneur in the service industry, it’s easy to feel left out in a world where tech-startups and SaaS pricing models are celebrated. And that’s what’s great about Hustle Con because they made a point to prioritize and celebrate non-tech startups and hustlers.

Besides, you don’t have to be a tech company to benefit from tech. In 2016, we launched a talent agency called SHADE to manage and represent black and brown creators. On one hand, we help brands who are looking to cast speakers, actors, and influencers for their campaigns. On the other hand, we help our roster of 85 creators get paid for their influence and talents. SHADE is not a technology company, however, we use technology products like QuickBooks to make our work more efficient and more profitable.

So whether your hustle is a toilet freshener, a meal kit service, a clothing brand, a fitness company, or a media publication that provides parenting advice for dads, Hustle Con showed that there’s always space for you. 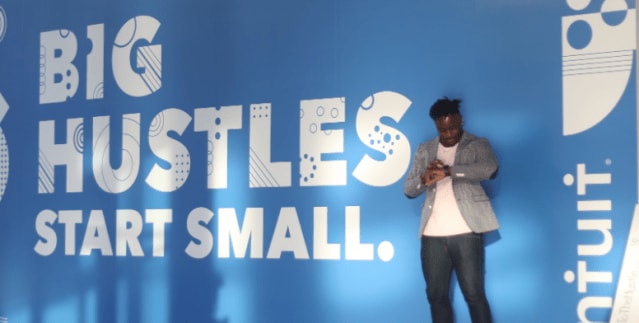 The final and most important lesson I learned at Hustle Con East is that before the millions of users, the acquisitions, and the billion dollar valuations, comes an idea. An idea that someone decided to believe in enough to pursue.

Experience or not, someone decided to hustle like they’ve never hustled before to turn their ideas into their dream jobs. Sometimes we get discouraged by another person’s growth because it looks like we’ll never get to where they are. And when that happens, don’t forget that at one point in that fellow hustler’s career, they started with an idea, just like you.

If you’re an entrepreneur, you already know how hard it is to start and run a successful business. In fact, 70% of businesses don’t even make it to their 10th year. But as long as you understand that big hustles (no matter what they are) always start small, advice is overrated (even my own), and focus on the stuff that lights you up — then you’re already on the path to greatness.

Did you get a chance to attend this year’s Hustle Con East? What were some of the things you learned? To learn more about me and my businesses, connect with me on social media at @jacqueshbastien.

Jacques Bastien is a serial entrepreneur, writer, keynote speaker, and college professor. He’s the CEO and founder of Boogie Brands, the company behind boogie, SHADE, and Snappy Booth. Jacques is also the host of #AskJacques, a Q&A style social media TV show that covers topics like entrepreneurship, leadership, psychology, relationships, and personal development.

With his diverse professional background, he works with companies as a consultant conducting keynotes, workshops and training sessions that help leaders become better leaders.