At Intuit, maker of TurboTax, QuickBooks and Mint, we celebrate diversity and value inclusion. We believe innovation thrives when our employees are encouraged to bring their unique experiences, empathy, and ideas to work.

Across many Asian cultures including Chinese, Taiwanese, Vietnamese, Korean, Japanese and more, Lunar New Year also known as Chinese New Year and Spring Festival is celebrated with a unified goal in mind–celebrating the start of a prosperous, healthy and happy new year.

The origin of this celebration can be traced back over 3,800 years ago and is the most important of the traditional Chinese holidays. The Lunar New Year is the first day of a calendar year whose months are aligned to the cycles of the moon and will generally fall in the month of January or February on the standard calendar. 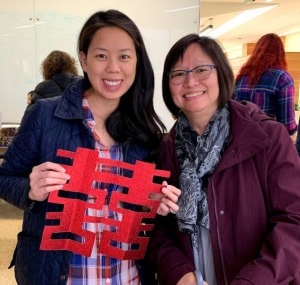 The Year of the Rat

According to Chinese mythology, the order of the Chinese zodiac, or shengxiao, was determined by a race among the horoscope animals: rat, ox, tiger, rabbit, dragon, snake, horse, goat, monkey, rooster, dog and pig. The zodiac repeats every 12 years, and is represented by one of the animals and its traits. In 2020 happens to be the year of the rat– the first place winner.

Many question how the rat could come in first, noting many of the other animals are known to be faster runners. The story has said that the ox gave a ride to the rat and just as they were approaching the finish line, the rat hopped off the ox’s back and over the finish line landing him in first. The rat represents a number of things throughout Asian cultures such as a sign of wealth and surplus, or even the beginning of a new day. 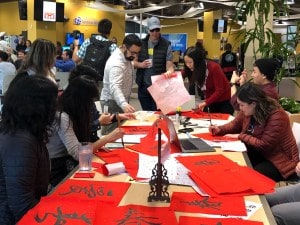 Common new year activities include putting up red and gold decorations which symbolizes prosperity , or enjoying a reunion dinner with family on the eve of the new year, and giving out “red pockets” as blessings to each other. It is also a tradition to wear new clothes (in the colors of red and/or gold) and visit friends and family throughout the first week to enjoy unique snacks while spending time together.

In the Chinese culture, there are many superstitions as people believe that what you do at the start of a new year will affect your luck in the coming year– which is why some activities, like using unlucky words such as “death” or even lending or borrowing money, which is considered to signal impending debt, are avoided during the first week of the new year.

While Lunar New Year is an important moment in time for the Asia Pacific Network, one of our 11 employee resource groups (ERG), their year-round vision is to drive leadership and professional development of Asians and Asian Americans by creating networking opportunities and to raise the overall awareness of Asian cultures and communities. For FY’20, the ERGs mission is to attract members who may not have an Asian Pacific lineage, but have a passion to learn more about the Asian Pacific cultures.

“I have the opportunity to create cultural awareness in two ways. For our members, my goal is to create an environment that fosters the sense of belonging and gives opportunity for members to look inwards and think more about their cultural heritage. To the wider community, especially for individuals who are not familiar with the Asian cultures, it is my goal to raise their curiosity and help build awareness.- WeiFeng Zhang, Asia Pacific Bay Area Co-chair.

Several Intuit campuses around the world will hold site-wide celebrations that include traditional foods, arts and crafts and games, as well as Lion Dance performances to bring blessings for the new year. Many members will be volunteering to teach calligraphy, paper art and performing dances and martial arts.

Our employee resource groups, like the Intuit Asia Pacific Network, are just one of the many ways that we embrace diversity and build community. We believe that when we come together, we prosper.

The Asia Pacific Network and all of us at Intuit wish you a happy Lunar New Year!